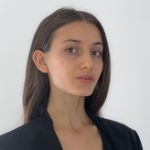 The European Commission has sent a strong signal: like the electronic commerce directive (2000) before it, the new digital services act will “preserve” the “country of origin principle” – a core tool in the European Union’s legislative chest. That principle holds that if a product or service is legal and licensed in one European Union member state that product or service should be good enough for sale without additional licensing or restrictions in another.

In the real world, this has important effects. It means that a business that is licensed in one EU member state is free to sell goods and services in any other without additional restrictions. It is a core principle behind Europe’s massive €17 trillion [$20 trillion] single market – the standard which keeps false borders from arising where real ones once stood. And that sizable market – despite a host of evident problems – is the grease which keeps entrepreneurs in relatively small countries rolling forward even in difficult times. A large proportion of European Union small- and medium-sized-enterprise trade is accounted for by crossborder imports and exports.

But the country of origin principle is also something of a mirage – a stopgap measure created to allow speedier progress in areas where deeper levels of integration might otherwise be elusive. The fact is, most EU law remains national. It is written by national parliaments, implemented by national governments and enforced by national courts. The country of origin principle sits in the middle of this; it amounts to a vote of confidence among EU member states that they believe their EU allies’ laws are as robust and effective as their own, and therefore they honour those laws as their own. But this is not the same thing as having a single set of European rules governing trade or a fully harmonised legal system among 27 independently constituted states. And that hidden fragmentation can cause very visible problems. Companies providing services across borders often find new restrictions awaiting them in target markets whatever the “principle” might hold.

This is especially true for digital enterprises whose businesses are theoretically “borderless,” but which in reality often find themselves dealing with a patchwork of diverging national rules as they seek to do business in other EU member states or expand across the EU. And it has become even more true as individual EU member states – notably France and Germany – have promulgated robust national laws governing the practice of e-commerce on their territory including rules for content management and taxation.

Whatever their intention, these national rules often hamper digital service providers’ ability to use that market for what it was intended: a broadly-conceived piste for successful commercialisation of great ideas and a source of inspiration for European entrepreneurs whose companies might someday grow into the world’s largest and most successful, a place where European consumers can find the best products and services at decent, competitive prices and the powerful engine behind a European economy which seeks to project fundamental rights and responsible regulation into global markets on the back of the economic success that Europe enjoys there.

There are, in fact, some important exceptions to the country of origin principle – labour law, for one. Companies established in one EU member state cannot send workers to other EU member states (except for short postings) without agreeing to obey the legal acquis of the member state where the workers are posted, including the payment of social security tax and sectorally-established wages. Consumer law is another exception. Recent laws have granted consumers the right to redress in the “country of sale” where they purchase a good. No one is disputing the principle involved here – consumers have a right to redress and if laws created to allow that are too distant for them to use then what kind of redress is there? But the practice itself has proven problematic – offering essentially two sets of rules. One where country of origin rules apply. And another where local point-of-sale logic prevails. Who’s right in these cases? In a digital economy where crossborder service provision is the rule and not the exception, whose rules apply?

The European Commission has sought to diffuse these tensions by setting up elaborate “reconciliation measures” intended to help countries speak to each other about emerging issues before companies in one country encounter problems or break laws in another. According to the original electronic commerce directive, EU member states can take blocking measures against products arriving from other member states – but only after 1) the country of destination first informs regulators in the country of origin that the goods are problematic, and 2) the country of origin member state fails to act on the complaint. The European Commission must also be notified and has the right to examine the rules in question and file “infringement” charges in cases where single market principles have been violated.

But even this elaborate machinery hasn’t failed to eliminate ongoing market fragmentation in an age where borders themselves have long since become less porous. Italy and Spain, for example, have promulgated laws which would require online platforms to report their local sales revenue even if the company is registered elsewhere. Latvia has objected to Russian language programming on the grounds that hate speech laws in Sweden and the United Kingdom, where the Russian programming is registered, does not meet the local Latvian standard. Germany, too, has weighed in – adopting the famous Netzwerkdurchsetzungsgesetz (NetzDG) (2017), which puts new transparency requirements on all platforms operating in Germany and mandates a 24-hour take down for illegal content. France followed suit through its proposed Loi contre les contenus haineux sur Internet (the “Avia law,” named for sponsor Laetitia Avia), though the 2019 law was recently struck down by a French court.

None of these objections are unreasonable. But they do pose difficulties for companies doing business in the EU. And they’ve caused unwelcome collateral damage for European companies. Conceived in many cases as a way of reining in the market power of large, international platforms, the high compliance costs and tough-to-overcome obstacles generated by diverging laws have fallen squarely on smaller companies and startups. Big companies have big legal offices which can successfully maneuver their way through diverging rules that hamper efforts to buy and sell across borders. Smaller companies do not. This is one reason why Europe’s much vaunted single market remains more vision than reality. And it is a reason why large, global platforms have had an easier time competing across Europe than the homegrown champions. The national laws are well intentioned. But their effect – in the absence of careful coordination at the European level – are splitting the market and having a deleterious effect that leaves smaller, local companies at a distinct disadvantage.

So what then should the European Commission do? Two things:

And here’s where the story gets really interesting. Contrary to received wisdom, the technology sector is not avoiding regulatory scrutiny. To the contrary, some companies have stepped up and asked for more oversight. In a key paper drafted over a two-year period with extensive cross-industry input, EDiMA, the Brussels-based association representing 15 of the world’s most successful technology companies, spoke warmly of “an EU-level body” that “at the very least should function as an EU-level coordination mechanism for designated national authorities capable of delivering legal certainty and consistency for all parties.” EDiMA added: “Crucially, the focus of an oversight body’s work should be restricted to the broad measures which service providers are taking. It should not have the power to assess the legality of individual pieces of content and it should not be empowered to issue takedown notices, which is the remit of the courts.”

Across the Atlantic, tech CEOs have been racing to Washington DC – and calling for more regulation. As in Europe, the goal is not necessarily to bring more rules to the sector but to create a single rule book that would be applicable across all 50 U.S. states. The worry is that state-level legislation – such as California’s strict new privacy laws – could cause the vast American market to splinter back into 50 mini-states.

Success in the digital field is not beyond us. Ultimately, it’s about providing great products and services, using our immense scientific knowhow to put better goods and services in people’s hands at affordable prices. But getting there will require imagination and boldness a bit greater than what is on display right now. It’s not enough to regulate technology markets as if the only concern were to punish the winners. We must also learn to give birth to the kinds of companies that conquer global markets – and we must give those companies the market access they need to be successful. First and foremost that means creating a single market as readily accessible to small companies with big ideas as it is to large, global ones. A hefty legal affairs department should not be a prerequisite for success in Europe. A stronger single market – with less friction, greater clarity, broader scope and more consistency – would be the most powerful catalyst European regulators could deliver for success.

PAUL HOFHEINZ
Paul Hofheinz is president and co-founder of the Lisbon Council.