‘Facts, Sir, Are Nothing Without Their Nuance.’

So said Norman Mailer, the Pulitzer Prize-winning author, testifying in the controversial trial of seven Americans arrested for protesting the Vietnam War (the “Chicago-7”), one of the United States most celebrated free-speech cases. To help us navigate the fraught path of delivering meaning from impartial information, we’ve created this Intermediary Liability Blog. 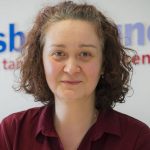 The regulation on a single market for digital services also known as the digital services act proposed by the European Commission contains very little that is terribly new. To the surprise of many, the long-in-the-making policy update keeps many of the pillars that made the 2000 directive on e-commerce such a success. It keeps the European Union’s ban on “general-monitoring” requirements which could have brought free exchange on the Internet to a halt; it limits the potential liability of firms for aggressively taking down content that violates “community standards” with a good samaritan clause; and it even re-affirms the “country-of-origin principle” around which so much of Europe’s post-war economic success is built.

But there is one area where the proposal reaches dramatically for new ground – and that is in extending the regulation and possible legal liability for the sale of counterfeit and pirated goods online. Concretely, the proposal – which must still make its way through the labyrinthine European legal process before it becomes law – says that “in order to achieve the objective of ensuring a safe, predictable and trusted online environment… the concept of ‘illegal content’ should be defined broadly.” This is anodyne text, to be sure. But those few words could well mask a sea-change in the way platforms are regulated – and the way the fight against counterfeit goods is conducted.

For years, the sale of counterfeit goods online has been fought largely through a voluntary programme of self-regulation. In 2011, the European Commission sat down with platforms and consumer-goods makers and hashed out a Memorandum of Understanding on the Sale of Counterfeit Goods on the Internet. It set up a “notice and takedown” procedure for informing platforms when a manufacturer or government agency saw counterfeit goods being offered online as well as a series of “key performance indicators” to track progress on the speed and thoroughness of removals (the MoU was updated in 2016). In a recent evaluation, the European Commission concluded that the MoU is “a useful tool” for bringing stakeholders together, though it found that the sale of counterfeited and pirated goods remains “a serious problem.”

But the digital services act, if approved, would turn these voluntary commitments into legal obligations – and add the potential for fines that could rise to 6% of global revenue if platforms were found to be slow to respond or remove. Is the effort really necessary? A substantial body of evidence – including data from the European Commission’s own impact assessment of the proposal – indicate that the new terms are at the very least disproportionate to the size of the problem and may well have been concocted with aims that are more political than economic. This could have serious collateral damage: if allowed to stand, it could expose the European Commission as an organisation that responds mostly to pressure from domestic producers while hiding behind the language of protecting consumers. And it sets a low-bar for evidence-based policymaking in general and that could have reputation-damaging effects on the European Commission’s goal of becoming the world’s leading technology-sector regulator.

The plans start to go awry at the level of “problem definition” – a key pillar in any “smart regulation” and a key principle in the European Commission’s own guidelines on “better regulation.” In the impact assessment published alongside the digital services act proposal, the European Commission states that “it is estimated that total imports of counterfeit goods in Europe amounted to €121 billion in 2016” adding that “80% of products detected by customs authorities involved small parcels, assumed to have been bought online internationally through online market places or sellers’ direct websites.” These figures, in turn, come directly from Trends and Trade in Counterfeit and Pirated Goods, the Organisation for Economic Cooperation and Development/European Union Intellectual Property Office study – and they contain by the OECD’s own assessment several major qualifications and likely exaggerations.

For starters, the calculation assumes that counterfeit completely displace sales of legal products, i.e., that every buyer of a counterfeit product would buy the original one, if counterfeit was not available. This is like saying that everyone who bought a fake Louis Vuitton bag would buy the original if the pirated one was not available. In its study, the OECD-EUIPO admits that “this may lead to an inflated estimated value of the detentions in respect to alternative choices, in particular in those subcategories of luxury products where the retail value of the genuine product is much higher than that of the fake product in the secondary markets or that of its cost (e.g. luxury watches).” This is actually an understatement, as the majority of counterfeit goods are found in one sector – fashion products (footwear, clothing and leather articles) – where counterfeit goods are much cheaper than the original. And as often happens, this fundamental caveat is not even mentioned in the impact assessment of the digital services act.

Let’s be clear about this: it might be that the fashion sector does need help fighting counterfeits. But the help would be to the benefit of European manufacturers, not European consumers. Indeed, when it comes to actual consumer harm, it is hard to pin down the effects concretely. In Trends and Trade in Counterfeit and Pirated Goods, the OECD finds “58.5% of counterfeit and pirated products traded worldwide in 2016 were sold to consumers who actually knew they were buying fake products.” When it comes to safety, the potential harm is even harder to assess. On Safety Gate: the Rapid Alert System for Dangerous Non-Food Products, the European Commission’s portal for reporting and removing unsafe items for sale across borders, regulators only confirmed 191 genuine counterfeits out of the 15,459 products reported over a seven-year period between 2010 and 2017.

So to the extent that it exists, the problem is clearly a fraction of the stated estimate in terms of size. But to what extent is e-commerce to blame? According to the European Commission’s impact assessment, “80% of products detected by customs authorities involved small parcels” (small parcels being typically considered as a proxy for e-commerce). But this claim is also based on a misinterpretation. In fact, according to the European Commission’s Report on the EU Customs Enforcement of Intellectual Property Rights, small parcels (post and express courier) account for less than 5% of the counterfeit articles seized in 2019 despite being responsible for 80% of seizures. It is sea delivery instead that clearly dominates the trade of counterfeit articles with 71.1% of all counterfeit articles found there, while making up only 1.6% of seizures. The reason for this difference should be obvious: a small parcel includes fewer articles than, say, a large sea container, which continues to be the workhorse of global goods trade. So while the number of small packages seized is large, the actual amount of counterfeit articles found that way is rather small. The fact is, most overseas traffic is conducted through large containers. Any regulator looking to put an end to large-scale counterfeiting would be well advised to attack the fat end of the wedge here, focusing on the area where we might expect market-distorting volumes of counterfeits to be found. That means closer control of large scale shipments, where larger volumes of potentially counterfeit goods are undoubtedly moving.

E-commerce, as a whole, plays a far smaller role than stated. But since the digital single market measures are carefully designed to impact on the so-called “very large online platforms,” one question particularly needs to be asked: to what extent are platforms to blame for the counterfeit trade that does exist as opposed to stand alone e-commerce websites? Unfortunately, there is no evidence to answer this question directly, but there are proxies: Eurostat data show that in 2019 only 1% of total sales took place on platforms, against 6% on stand-alone websites or apps.

Not only do most transactions happen on stand-alone websites or apps rather than platforms, but in addition, contrary to stand-alone websites, the main e-commerce platforms all have monitoring mechanisms in place. And these appear to be rather effective. Based on the MoU evaluation, 98% of offers notified as potentially counterfeit in 2019 were proactively delisted by platforms, a 12% increase on the 2016 figure. And according to an assessment of the Product Safety Pledge, a European Commission-led “voluntary commitment of online marketplaces with respect to the safety of non-food consumer products sold online by third party sellers,” the share of product listings taken down within two working days was 99.7% for governmental notices and 97% for monitoring public recall websites.

In conclusion, the available evidence raises serious doubts about on the problem assessment of counterfeit goods as conceived in the digital services act. The problem is a fraction of the size mentioned in terms of economic impact and consumer harm; and it is much less attributable to e-commerce platforms than the proposed regulation would have you believe.

But this is much more than a technical issue about the misinterpretation and incorrect reporting of data. The European Commission prides itself for its regulatory performance – and rightly so. The OECD consistently ranks the European Union as the global leader in good, evidence-based, open governance in its Regulatory Policy Outlook. Never more than today, when populism is on the rise and truth risks becoming an accessory rather than the foundation of our democracies, we need to celebrate and protect these principles and practices.

One such principle is proportionality, enshrined in Article 5 of the Treaty of the European Union, which requires “that the content and form of Union action must not exceed what is necessary to achieve the objectives.” This is why so much effort is carried out in EU policymaking on “defining the problem” in qualitative and quantitative terms. If the policy has to be proportionate to the objective, then the correct quantification of the problem is a fundamental prerequisite to designing correct solutions.

The reality is that the problem of counterfeit products is simply of a different order of magnitude from illegal content. The latter is a serious matter that touches upon, and jeopardises, the very basis of our democratic societies. There are systemic trade-offs to be addressed, between protection of free speech and democratic institutions, between encouraging legitimate business models and spreading misinformation. And in those cases, it is clear that platforms play a central role.

The European Commission is to be commended for taking on the historical challenge to set the global standard in regulating online content. But it jeopardises the credibility by placing this effort in the same bucket with fighting fake Louis Vuitton bags. Mixing such different issues with different risks and incentives weakens the case for regulation, raises suspicions of “ad hominem” persecution of US-based platforms and in general makes it harder to find effective solutions to the very real problems we face.

Cristina Moise is senior researcher and head of statistical analysis at the Lisbon Council.

David Osimo is director of research.