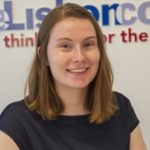 Collecting data for the Intermediary Liability Evidence Hub and then testing the Evidence Hub’s “explore” feature, I noticed interesting anomalies in the information we’ve gathered. One such anomaly converged around how citizens interact with online disinformation.

It is difficult to explain this disconnect. There may be a small number of super-fans, who may or may not realize that they are promoting disinformation and driving social media engagement for false news sites. Or false news sites may be employing dubious practices, such as buying fake “bot” accounts, to artificially inflate their social media impact. Or users may be sharing and interacting with content from false news sites on social media but not choosing to visit the sites themselves.

But it’s also difficult to know whether the users interacting with these false news sites realize that they are viewing disinformation. The European Union’s Flash Eurobarometer 464 survey found that 75% of French people report encountering disinformation online once or more per week. The same survey found that 68% of Italian people reported the same.

Clearly, there is more work to be done and more information to be gathered before judgments are formed. More surveys are needed to determine more specifically where users are encountering what they perceive to be disinformation and how they decide what content is disinformation. More research is also needed to understand how false news sites are able to garner more social media interactions despite having less trustworthy content. This research would allow policymakers to better understand how to educate users about disinformation and combat its spread.

SARAH REBECCA MYERS
Sarah Rebecca Myers is a student at Stanford University and a research associate at the Lisbon Council.